The Deferred Action for Childhood Arrivals or DACA has recently been cancelled by President Trump. This decision is going to affect the many immigrants registered under this past Obama policy that was enacted in June 2012.

DACA provided many benefits to a group of people called the Dreamers who are undocumented immigrants who entered America at a young age by their parents. This policy helped them by allowing them to get social security numbers which allowed them to work. Additionally, DACA gave them the ability to get a drivers license.

H. Kenny Nienhusser, an Assistant Professor of Educational Leadership, has done some research on how DACA affected various immigrant families. He found that DACA has dampened the educational opportunities for these people.

Congress now has six months to figure out what to do with the people who were previously registered under DACA.

The Women's Advancement LEAD Program is a program that accepts 25 female students of all different grades and majors. These students, then, participate in leadership…

Hartt School to present ‘On Your Toes’

The Hartt School opened the musical, _On Your Toes_, on Wednesdayw with its first performance in Lincoln Theater. Alan Rust, director of the musical, proclaims,…

There is a new club on campus titled Project Gamma for people who have always dreamed of having the opportunity to produce their own video games. Students will…

Students have a Chance to Open Spring Fling Concert 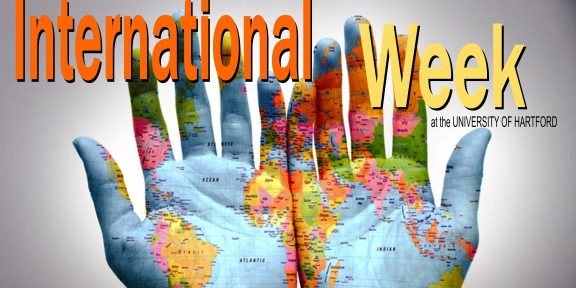 The University of Hartford Celebrates Culture

This year from February 29th to March 5th, the University of Hartford's Study Abroad department is holding the Seventh Annual International Week which celebrates…