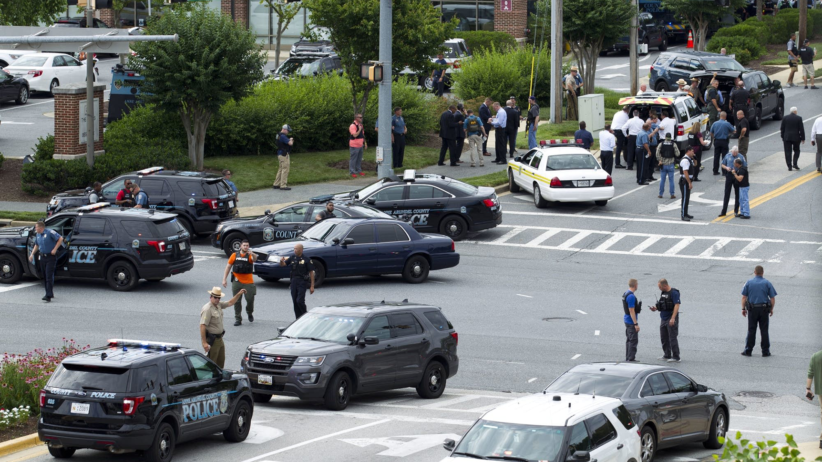 A shooting at the Capital Gazette in Annapolis, Maryland left five dead and multiple injured on 28 June, 2018. County Executive Steve Schuh said that a suspect was in custody and being interrogated by authorities; County Deputy Police Chief William Krampf added, “the investigation has just started. [It’s] going to be quite awhile [until it’s] determined what occurred.”

Although no motive was discovered for the attack, investigations are still under way. The attack took place amid what the media watchdog group Reporters Without Borders called an escalation in hostile public sentiment against journalists. Krampf said, “this person was prepared today to come in. He was prepared to shoot people.”

The gunman shot through the glass window into the building, hitting multiple people during the blast. Police said a “long gun” was used in the incident, but did not specify which kind. Officers did not exchange gunfire with the suspect during the event. The gunman was later found inside under a desk, with his firearm a distance away from him. About 170 people were inside at the time of the shooting, police said. Four of the five individuals harmed during the initial gunfire were declared dead in the building, with one individual declared deceased at the hospital.

In their 2006-07 season opener, the men’s basketball team battled, but dropped a 69-59 match against eighth ranked Georgetown on Saturday afternoon. The Hawks…

With the Women’s soccer teams 1-1 tie in overtime yesterday at Stony Brook, the Hawks clinched a spot in the America East Championship. Hartford’s record now…