Its time to be counted as the 2010 census is soon to be upon us and no we are not talking about what your RA asks you to sign at the beginning of each semester. This census is for everyone in the country. The census is a survey that must be performed every ten years to estimate the population of the country per a mandate in the US constitution. The census bureau uses the data collected from each state to determine the number of congressional seats, electoral votes, and funding a state will receive. The university has planned an event with the US census road tour on February 1 in the Suisman lounge to answer all of the questions students have about the survey. Matt Blocker director of the center for community service says there is even an added bonus for going. “If you are around on February first and you can come to the Suisman lounge from 11:30 to 2:30 the first 500 students will receive a free t shirt. On the front it says university of Hartford and on the back it says make yourself count US census.” It is also important to note that even if a student is a resident of another state but lives on campus you will identify yourself as a resident of Connecticut because that is where students spend most of the year.

FSAE, also known as the Formula Society Automotive Engineering club, is a hands-on team that designs and builds a formula style race car every year. According to… 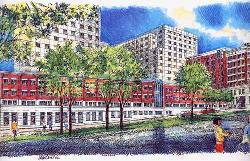