What looked like it could have been a never-ending race finally ended on Monday with Tom Foley’s concession.

“I am confident that a recount, that included the photocopied ballots, would not change the outcome of the governor’s race,” said Tom Foley. “I have told my team that I am not going pursue a legal challenge.”

The final tallies coming in on Friday afternoon prompted Foley’s decision not to demand a recount: “This weekend I had a team of people going over the election results town by town, to see if there were any further reporting evidence of fraud or anything that would change the outcome of the governor’s race.”

Foley had contemplated either demanding a full recount, or a lawsuit regarding the photocopied ballots in Bridgeport, if the results had been noninclusive.

“The number of votes by which the Bridgeport results would be wrong would not, on its own, be enough to change the outcome of the race.”

Because of the 5,000 vote threshold, Foley concluded that a recount would not change the outcome, and announced Dan Malloy as the next governor of Connecticut.

“So the election on Tuesday, although very close, was a conclusive victory for Dan Malloy, and this result should not be questioned.”

When asked whether he would continue to explore Connecticut politics, Foley was unsure, but said that he had greatly enjoyed running for Governor: “It has been an honor to run for Governor of CT.”

Tom Foley concluded that, although disappointed by the outcome, he was happy for Connecticut because there was no voter fraud found, and that the results were valid.

Immediately following the press conference, Foley planned on calling Dan Malloy and congratulating him on his win. Dan Malloy’s inauguration will be held on January 4th. 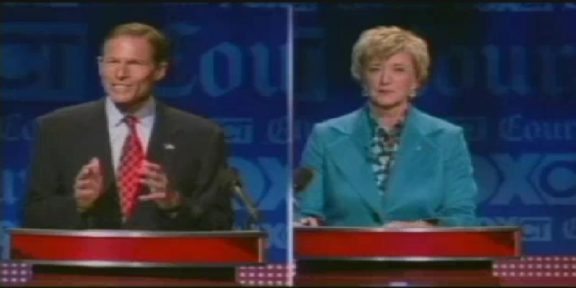