Emergency crews respond to the shooting at Chardon High School

In the United States, there are approximately 9.3 school shootings every year. Shooters can go to any school and come from every background. And if this were to happen at the University of Hartford, there are several tools that can make students and staff aware of the situation.
STN spoke to David Isgur, a member of the University’s Situation Management Team, who said that the University was looking at new ways to keep students informed of emergency situations as they happen.
“The main thing we have – and we saw a demonstration of it this week – is the E2Campus emergency text alert system, which is set up for people who have signed up for it, and they’ll get a message on their cell phones as these things are going on.”
E2Campus notifications is a free service that, when activated, will post bulletins on the University website, the University of Hartford News Facebook page and Twitter account, and will send text messages to students who have registered their phone numbers.
In an email, President Walter Harrison had this to say. “We have worked very hard on developing response plans for a number of emergency situations, including this one. I believe we are prepared, but every one of these situations is so different and challenging. It is important to know that in this particular situation, we coordinate with the Hartford and West Hartford police, both of whom have well-trained response forces.”
Public Safety Lieutenant Joseph Cullen said that, in partnership with the University of Wisconsin, Public Safety has posted a video on their website detailing what students should do in this situation.
“Unfortunately, sometimes you might be put in that situation where it’s fight or flight. Can you safely get out of the way, or do you have to do something to defend yourself or diffuse the situation? We encourage people as much as possible to try to leave the area.”
Cullen says, however, that getting out is not always possible.
“Unfortunately sometimes you don’t have an option, and you have to decide whether you’re going to be a victim or you’re gonna try to take things into your own hands.”
While some emergency situations had occurred in the past, he had never heard of an on campus shooting occurring at the University.
“There was an incident in Regents Park a couple of years ago where a gun was actually discharged. Someone was showing off a firearm, and it discharged. Luckily, no one was injured, but it did go through the ceiling and into a chair where someone was sitting a short time prior.”
The active shooter video is at http://publicsafety.hartford.edu/startindex.html. To sign up for the E2Campus service, visit http://www.hartford.edu/e2/ and click “sign up”.

Last week we introduced you to the 2010 us census. This week we took a look inside the survey and were surprised to find a term many people find offensive still… 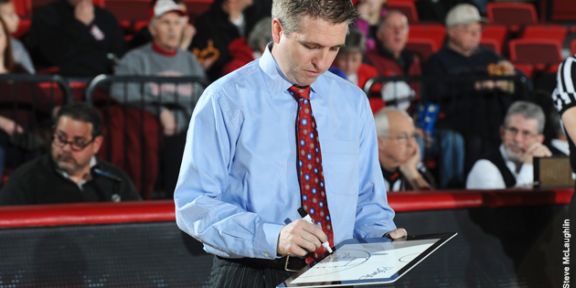