The university of Hartford biology department is host to a group of students working furiously on experiments about osteoporosis for the ‘Dragon Space Shuttle’; a commercial flight set to lift-off this April.
Two students from the University High School developed an idea about research based on osteoporosis. Their aim is to find a way to keep astronauts from losing bone density while they spend time in space. The University of Hartford became involved when the students realized they didn’t have the facilities to carry out their experiments.
Dr. Aime Levesque was contacted by the students and she took over a mentoring role along with Robert Lipski, a senior in biology. They aided the students in using the machines, plating, and cell work. The students were very eager, but only one of them were able to work at a time. Lipski monitored the students, keeping them all occupied at the time and making sure they all get a chance to do all the experiments.
The students are also hoping that the research they are conducting will be able to help people not only on space but also here on Earth too. They look to help people suffering from osteoporosis on day to day basis.
The student’s experiments will be going up on the flight, ‘Dragon’. The first commercial flight will be lifting off from the space station in Florida late in April this year. 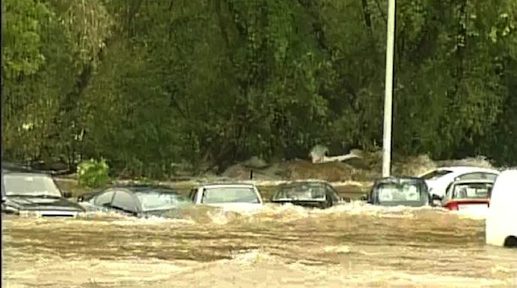 Continuing our flood coverage, STN wanted to find out if the school has plans to change their flood preparedness for the future. Public Safety said that although…

Uharmonies is now bringing people cheer on their birthday's with birthday grams. Uharmonies, the fairly new all female a'capella group here on campus, has started…

How to bake a pumpkin pie without involving the Fire Department

This holiday season spice up your Thanksgiving desert table with your very own pumpkin pie. With these simple steps you can achieve just that. Ingredients * 1 (15…

Hawktober weekend is beginning on Friday, October 21st and running through Sunday, October 23rd. The weekend will feature activities centered around Alumni. Javier…