Tragedy struck last year when two bombs were detonated near the finish line of the 2013 Boston Marathon, killing four and injuring hundreds. Those that died that day were later identified as Krystle Campbell, Lingzi Lu, and Martin Richard.

Hours after the blasts, the FBI identified two suspects as Chechen brothers Dzhokhar and Tamerlan Tsarnaev.

Three days later, on April 18, the brothers were located after carjacking an SUV, and a firefight broke out between the suspects and police. Tamerlan was killed during the battle, but Dzhokhar escaped.

With the city on lockdown, Dzhokhar was found the next day, April 19, in a boat in a Watertown man’s backyard. Wounded and bleeding from the day before, he was taken into custody.

One year later, first responders, families of victims, and survivors gathered in Boston, commemorating the events that took place that day.

Hundreds were in attendance as the city shared a moment of silence at 2:49 p.m., marking the exact moment when the first explosion occurred.

Biden said, “That’s what makes us so proud of this city and this state. What makes me so proud to be an American. It’s that we have never ever, ever yielded to fear. Never.”

“Perseverance. We’ve learned that in Boston over this past year. All of us,” Walsh said, “We’ve felt it, we’ve seen it, we’ve shared it. For the families who lost loved ones, for those recovering from injuries of every kind, it’s what life is all about now. It’s about dancing again after losing a leg, it’s about starting a marriage forged in tragedy. It’s about learning early on to care for family and friends. The testing of our faith produces perseverance.”

The Tsarnaev brothers also shot and killed Sean Collier, a 26-year-old Massachusetts Institute of Technology cop, when they suspected he was calling in backup. Wreaths were placed at the bombing sites, in honor of the four victims.

Patrick Downes, a survivor of the bombings, said, “While many of us here struggled to heal within those hospital walls, a movement coalesced throughout our city, state and country. Boston Strong, a simple phrase with a not-so-simple meaning, became our uniting call. It symbolizes our communal determination to spread compassion, generosity, unity and pride.”

Liz Norden, mother to bombing survivors J.P. and Paul Norden who each lost a leg in the explosion, said, “It’s such a proud moment because they were so hurt last year. It’s kind of sad because I just got the phone call last year at this time and it’s like, ah, they’ve come so full circle. It’s just amazing.”

Officials say security for this year’s race will be tight, with 3,500 police officers on duty. This is more than twice the amount of last year.

Gov. Deval Patrick said, “I’m glad to have this tragedy behind us and the next marathon ahead of us. And I am glad especially to share in the timeless triumph in our community’s response to this crisis. Because as I see it, Boston Strong is about community itself.”

The University's gospel choir is a large group of students who get together each week for prayer and gospel music. Their president, Shantal Russell, sat down with… 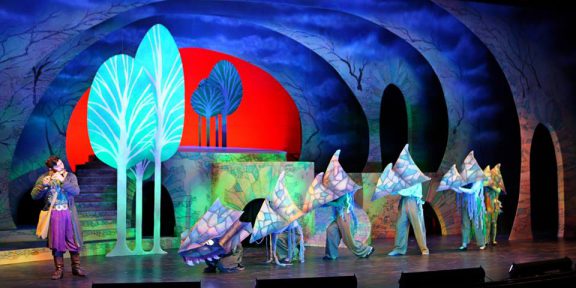 After opening night on January 29th, the Hartt School is putting on three more performances of the opera, 'The Magic Flute', on January 30th, 31st, and February…

A new entreprenurial finance course is being offered at the University for non-business majors. US 220 is set for the spring semester and extends for seven weeks.…

Bright Nights light show originated from Spirit of Springfield as a way for the community to come together. Each display that is set up along the 2.5 mile trail…