As the Men were entering the season, they entered with three key players missing. Damion Lowe, the junior defender and one of the captains of the team last season, who helped lead the defense to a school record in defending goals against opponents. Luckily for Lowe his key play was noticed as he was selected eighth overall to the Seattle Sounders in the 2014 MLS Super draft. Another key player Hartford lost was forward Anthony Santaga who finished his career with thirteen goals and 8 assists. His impressive six foot three size helped him overpower his opponents as well and his always clutch goal scoring at the end of games crushed his opponents dreams. Finally, David Bernhardsson the forward opposite Santaga is the last key players who also left. His production was vital to the team as he finished his campaign in the red and white with ten goals and thirteen assists. The Hawks Big Three were for spectacular for Hartford ending there final years with the best record since 1996, with a 13-4-4 finish.
Now, luckily for the hawks the future is looking bright even after these departures. Well they recruited eight new freshman to join the rotation this season. One of them being defender Andre Morrison who is looking like a future star already scoring in just his second career game. Also some players returned to the Hawks, such as Forward Omar Tall who is a senior this year, bringing a veteran presence to the rotation. Rohan Royce who helped Lowe as a pivotal defender, will be playing his final year as the lead defender is already helping by only allowing .030 shot percentage to opponents through three games.. The always exciting and quick forward Javoni Simms who is looking already posed for a great season, because he will be the star scorer after losing both Santaga and Bernhardsson. Now one season under his belt as the starter, sophomore goalkeeper Dave Mackinnon, who beat out veteran Viltsu Tummi last season, will hope to continue his already impressive start to his career. Finally, Jeff Tyron the experienced forward who shined at the end of last season is trying to get into the flow after these three games.
Now, the men will be looking to continue their hot streak heading into their fourth game. Last season, the hawks started of in a very similar fashion, which is very promising for this years team since now more than half of these players are new to hawk nation. If this team continues to play as well as they have so far, the future is looking very bright for the Hawks.

A trip to New York brought heartbreak to the Hawks on Wednesday night. The Hawks fell to Binghamton 2-1 in double OT. After facing a 1-0 deficit at the half Patrick… 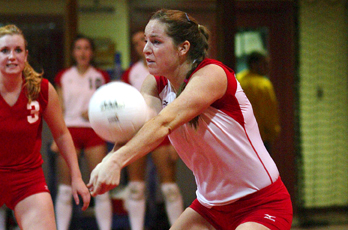