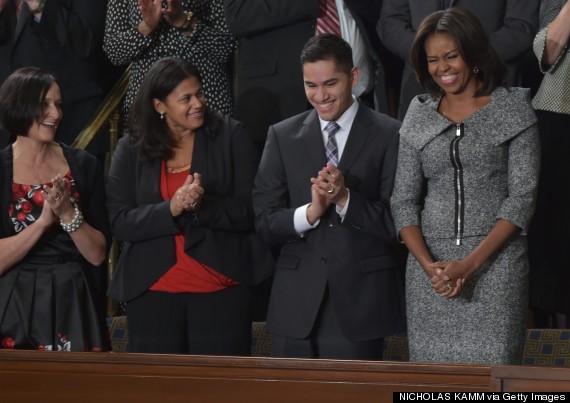 Anthony Mendez, '18, with First Lady Michelle Obama at the State of the Union Address in Washington, D.C.

Anthony Mendez, a freshman at the University of Hartford, has an inspirational story that got him a seat next to Michelle Obama at the President’s State of the Union address in Washington, D.C..

Mendez grew up in the South Bronx, which exposed him to things like drugs and gun shots at an an extremely young age. Rather than giving in to peer pressure and getting involved with the wrong things and people, he worked hard to focus more on his education.

In ninth grade, his best friend was shot and killed, which had an immense impact on Mendez and the rest of his family. Anthony tried to be strong for everyone and admitted that he didn’t cry at the time because he was trying to be the shoulder that his family members could lean on if they needed any comforting.

The hardships didn’t stop there. The following year, his family was evicted from their home and needed to move to a homeless shelter hours away in Brooklyn. Following the move, Mendez said: “I didn’t want to leave the school I was in because of the track team. I thought that was going to get me into college, which it did help.”

He had to commute four hours on the subway to get to school in the morning after waking up at 4:30am and making sure that all of his siblings were up and ready for school as well. After school he would have to stay for track practice, then commute all the way back to Brooklyn.

During his junior year of high school, Mendez was finally able to grieve about the adversity that he had to overcome. He hit a rough spot and suffered from depression until he finally refocused and found a helpful outlet.

Mendez joined a mentoring program and got more involved in helping other teenagers who were going through rough times. It was this program that gave him the opportunity to visit the White House during his senior year of high school. This was the first time that he met Michelle Obama. The program involved 10 people, like him, who had overcome difficult obstacles in high school and persevered to make it into college.

They all became a part of Michelle Obama’s Reach Higher Initiative, which encourages students to take charge of their futures and further their education beyond high school. Mendez said that he felt blessed to be a part of that. This connection is what got him invited to the State of Union Address on January 20th.

He had stayed in contact with the White House since then via email and was surprised to get a call from an unknown number one week before the State of Union. He answered the phone to find out that Michelle Obama wanted to invite him as her guest to the State of Union Address. Mendez said that he was over emotional and excited after the phone call.

“It’s one of those things you really can’t describe with words. It’s kind of just like a good learning experience,” he said, adding that the trip was humbling and helped him to refocus on school and his future.

Anthony said that his favorite part was getting to see how genuine and humorous the First Lady is. He enjoyed getting a chance to see the side of her and the President that most people don’t always get to see.

Following the State of Union Address, Mendez is still in contact with people at the White House and plans on returning there this Summer for an Internship, which will help him gain hands on experience with politics. He will also work as a representative for the Reach Higher Initiative and will speak to students about his own personal experience and how it helped him. 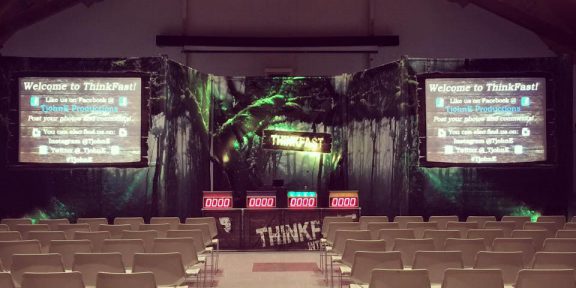 On Tuesday, November 18th, the Psychology Honor Society on campus, Psi Chi, hosted an event titled, "An Image of Hope," from 6-8 p.m. in the Gengras Student Union.…