Vanities directed by David McCamish, and written by Jack Heifner, is a comedy-drama stage performance that’s story centers around the lives and friendship of three cheerleaders starting high school in 1963, following them all the way to college as sorority sisters.

The show has one of the longest running Off-Broadway records. Its first official production starred Kathy Bates and ran for four years in the late 1970s.

Vanities will be performed at the Handel Performing Arts Center from 7:30 PM – 10:00 PM. Tickets are $20 and discounts are available to students, seniors, and groups.

Technology- The Top Tech Tips For A Suceesful Black Friday 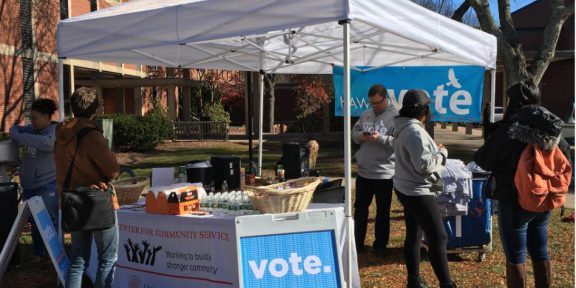 2.1 Million voters are registered in Connecticut alone this year. Lines are expected to be long at the polls, plan accordingly. Voters will be deciding among Republican…

Technology- The Top Tech Tips For A Suceesful Black Friday

According to the New York Times, Americans are expected to spend $884.5 billion during the holiday shopping season, a 3.3 percent increase from last year. Professionals…