After the worst mass shooting in Canada, all assault-style weapons have been banned from the country.

Prime Minister Justin Trudeau announced on Friday that all assault-style weapons are banned from Canada. Less than two weeks prior to this announcement, the deadliest mass shooting had taken place in Canada. The ban is effective immediately.

This bans the buying, selling, transporting, importing, and using of military-grade assault weapons. The disposal of these weapons currently in the country will take up to a two-year amnesty period. A form of compensation will be provided for the firearms. 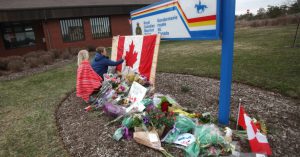 22 people were killed with 13 being shot and nine dying in house fires. The killing spree took place in Nova Scotia. The gunman had semi-automatic handguns and semi-automatic rifles. The gunman was fatally shot by police. Police believe that the shooter acted alone in the killings and arsons.