Connecticut made history on October first when it legalized civil unions. Connecticut is the third state to legalize civil unions, joining Massachusetts and Vermont. Couples from all over the state gathered at Hartford City Hall to be legally joined. Couple expressed how happy they were now that they could recognize their relationships.
During the civil unions people gathered at the state capital to protest the states decision to legalize the civil unions. They expressed disgust at the new law claiming it was immoral and insulting to America’s history. Counter protestors gathered at the capital building to express their support of the new law.
Here at the university, spectrum president Patrick Dun said, “I think that it is a completely awesome step for civil rights. It’s creating an environment for us to take further steps in making America and the rest of the world equal for everyone.” 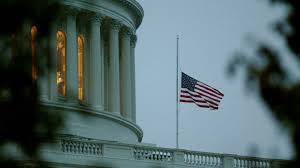 The longest government shutdown in U.S. history, lasting from December 22nd to January 25th, has come to a temporary end. The House of Representatives voted to…