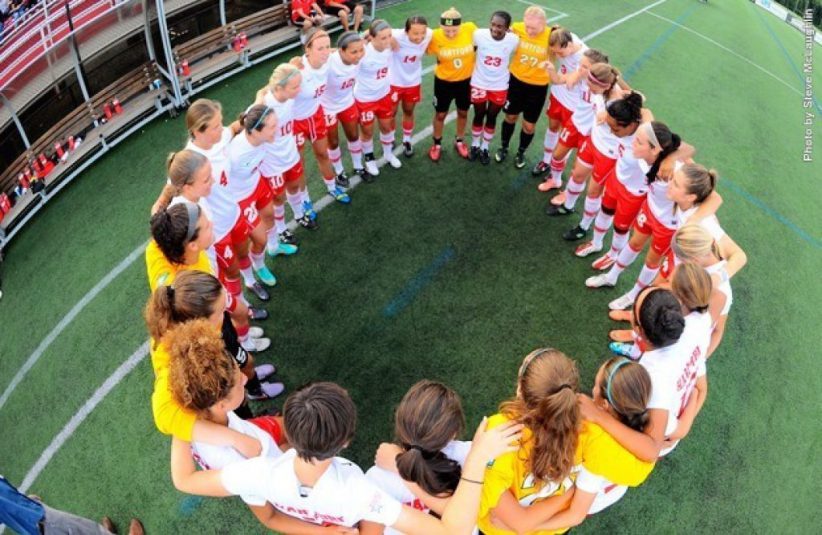 The Women’s soccer team currently holds a 3-1-3 record, identical to this time last year, despite the departure of three of their top ten scorers from last season – Natasha Douglas, Amanda Hamilton and Arielle Aikens.

One reason the Hawks are holding steady could be the return of powerhouse players like Chanel Johnson. Johnson finished the 2013 season with 21 points, and has scored 11 points in the last seven games. She’s also been named the America East Player of the week twice so far this season.

However, four of the Hawks will be graduating in May – including Johnson. Other strong players on their way out are Raelynn Mikell and Stephanie Santos.

While the Hawks are poised for another strong season, they may have to worry more about next season when Johnson, Mikell and Santos leave the team. All three have sported strong career records and will leave big shoes for incoming players to fill. The question is if there are underclassmen ready to take on the challenge.

The answer is a resounding yes. Junior Sidney Spremullo is second on the team in points, scoring six in the first seven games. Right behind Spremullo in points are classmates Elise Galipo and Erica Primovic, followed by sophomore Aaliyah Ingram, adding a combined 13 points to the Hawks’ total.

Also returning is goalkeeper Alison Koerkenmeier, who’s had a stellar season so far, starting – and playing all the way through – six of the seven games, making 20 saves and only allowing 5 goals.

The Hawks finished last season at 11-6-3, advancing to the America East tournament, and if they continue their season the same way, they might be looking at a repeat tourney appearance.

Some students had a very difficult time registering for next year’s housing. And according to Cindy Sanders, the assistant director of media and technology at…