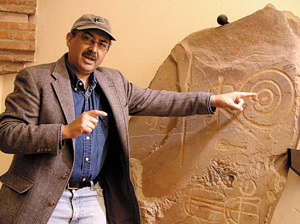 After thousands of years of disappearance, and hundreds of excursions to find it, with only ancient scriptures for clues, the fabled, Lost City of Atlantis may have been found with a big help from a University of Hartford professor, Dr. Richard Freund.

With help from his esteemed crew of archaeologists, National Geographic, and new technologies; the discovery of the monumental site in the Southern coast of Spain was surprisingly rapid for Dr. Freund and the other teams working on the project as well.

“We have developed a very important new process of using geophysics together with archaeology, to solve archaeological mysteries”

Although a lot of new information was being retrieved under the ground, the biggest discovery came from above.

“The Spanish archeologists I was working with took me to visit a series of very strange cities that were located about 150 miles to north. And in those cities they had very unusual architecture. They were built in the exact model, as described by Plato as what Atlantis looked like.”

But even with what seems like convincing evidence, a great amount of skepticism is circulating.

Dr. Freund is holding a meeting on Wednesday, March 30th at 7 pm at the 1877 club, for students that are interested in volunteering over the summer in Freund’s newest endeavor excavating a Phoenician city off the coast of

Water at Our Doorstep 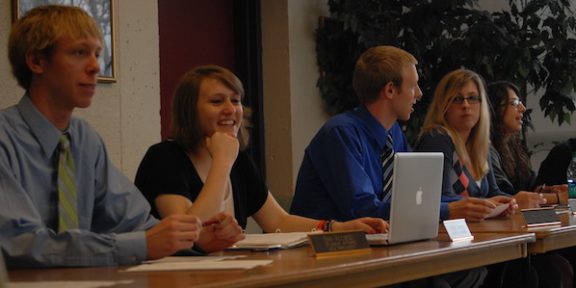 The new Student Government Association executive board was elected last week, led by new president Ben Accardo. After the polls closed on April 13, the executive…

If basketball games were 12 minutes long, the Hartford's men's basketball team would have a record of three wins instead two. But unfortunately for the Hawks, the…

Res Life held their annual Room Selection process last weekend. And after the day was done, 70 students were left without housing on campus. But Res Life ensures…

There is always some confusion on what constitutes a school closing in the event of inclement weather. But what is most important to the staff that makes these…