How the Shish Kebab House Made a Home in West Hartford

STN Channel 2 / News / Local News / How the Shish Kebab House Made a Home in West Hartford
Share on FacebookTweet this!
Local News

Long before the Shish Kebab House of Afghanistan became a West Hartford staple for its high-caliber cuisine, the restaurant grew from humble beginnings when the Sarwar family immigrated to America in the early 1980’s.

Having fled Afghanistan in the wake of the communist regime, the Sarwar family spent their first few years in America undocumented and fighting deportation. During this time they had to work simple jobs, earning less than minimum wage.

It wasn’t until several years later, thanks to the help of some friends in the community who supported and sponsored them, that they were able to receive political asylum.

Some of them were able to obtain the right documents, and with the money collected through the years the Sarwar family was able to open their “little hole in the wall” the Shish Kebab House of Afghanistan.

Today, it is managed by Aaron Sarwar and his sister, who are bringing on the tradition of a family-oriented business, focused on providing quality and attention to its customers. The siblings have been working in the restaurant since they were kids, and they consider it their true home.

“This is my home because I basically grew up doing this,” Says Sarwar. “I’ve been in this for so long. Truly feels like my living room and my dining room.”

Love for the food and for the customers seemed to be the key for a successful restaurant, but hard work and sacrifice is what kept the eatery strong even throughout the difficult moments. Aaron calls it “immigrant mentality”.

“It takes a lot of your time,” he says “you know when everybody else was out partying or getting wasted I wasn’t, I was working. I didn’t really have much of a social life in high school. I literally worked through high school. So my weekends were here in the restaurant”.

After high school Aaron attended the University of Hartford and earned a bachelor’s degree in Mechanical Engineering. The degree helped him earn a spot in the Connecticut Air National Guard, where he is ranked a captain. Besides being part of the U.S. Air Force and managing the restaurant, Aaron owns many other properties and companies, such as the Hartford Football team. He also ran for city council.

“I think I realized, you know, we’ve realized the American dream” he said, smiling.

Things haven’t always been easy for the Sarwar family, but the community around them has continued to offer their ardent support. This was first seen after 9/11 when the shocking event directed an irrational spirit of hate towards the Shish Kebab House. The Sarwar family received death threats and the restaurant was egged for weeks after the tragedy.

“It was like our life changed over like, literally in the blink of an eye” Sarwar said.

Aaron was in high school at the time. One day, his teacher told him to leave the class for his own safety.

“It’s kind of sad, how quickly people can just, you know, form such a strong opinion on you,” said Sarwar. “People had no idea what Afghanistan was, or had forgotten about it after the communist war..and then 9/11 happened and everybody knew or knew something about Afghanistan”.

After the committee realized how adverse the situation was, many churches and community groups came out to support the restaurant. Sarwar remembers the night when the Asylum Hill Congregation came to dine and filled the restaurant, helping economically but, most of all, emotionally.

Years later, the COVID-19 pandemic was another major setback for the Shish Kebab House, but once again the Hartford community stood up for their beloved restaurant. When the restaurant had to close for six months in 2020, long-time customers bought gift cards.

This support continued when the town closed out portions of the street to allow for patio dining, a format that Sarwar claims was essential to the restaurant’s survival.

“That was awesome that thing was packed every dinner so they helped out big time” Sarwar said. “That was the shift. We were like ‘OK this is gonna work, we’re going to be OK.”

But most of all, the Shish Kebab’s enduring success ultimately comes down to their strong sense of family, which extends to the customers themselves.

“It’s amazing actually because they’ve been coming for so many years that their parents use to bring them” said Sarwar. “Now their bringing their kids and you’re seeing their kids grow up so it’s truly like 3 generations of customers”

To see the Shish Kebab legacy for yourself, head to their location at 36 Lasalle Road in West Hartford or head to their website at afghancuisine.net. 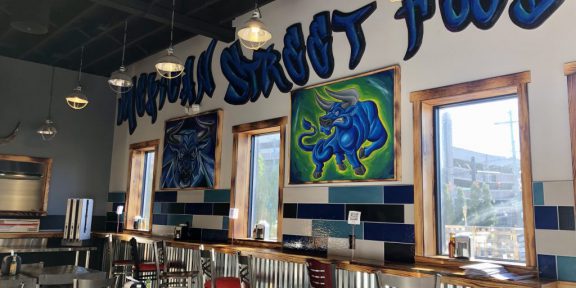 Toro Mexican Street Food is the newest Mexican restaurant in the West Hartford area, and it is located at 22 Raymond Rd., right next to the driveway to Whole Foods. …