Witty, focused, stern, but most of all, inspiring. Just a few of the characteristics that surface when people speak of former Hartt Dean Malcolm Morrison. His recent passing has brought the Hartt community together to honor and remember his life.

Current Dean of The Hartt School, Aaron Flagg, said, “Malcolm Morrison really summarized a life in the theater. A life of literature, a life of a great deal of sophistication and knowledge and passion for the theater.”

Mr. Morrison had many accomplishments during his ten years as Dean. Not only did he build the dance and theatre divisions at Hartt, but he led the project for the Mort and Irma Handel Performing Arts Center that will celebrate its fifth anniversary this month.

He is known worldwide as well, having come from England and working in North Carolina, Utah, Colorado, and Wisconsin. But after serving for a decade here at Hartford, he was awarded the University’s Medal of Distinguished Service in May of 2013.

When asked about Mr. Morrison’s personality, Dean Flagg said, “He was always open and always had a joke to crack and his humor was just nonstop. And so he put me at ease, he put so many people at ease with that personality.”

Andrew Mazer, a fourth year actor training major said of Morrison, “He was very focused and in the first five minutes I felt he knew exactly who I was and what he expected of me.”

Lexi Alioto, also a fourth year actor training major, said, “He just kind of had that air to him when he walks into a room like, ‘Okay. I’m here to work and you’re going to hear me work. You’re not going to take anything other than that.'”

Malcolm Morrison impacted the lives of his students to an incredible degree.

Lizzy Jutila, a third year actor training major, said, “It was just amazing like how much passion he puts in, you know, in his voice, in his eyes, in his body. Like, it was so good to see him so alive the last few classes and I want to say that those were some of the best classes I’ve had at Hartt.”

Stephen Mir, a third year actor training major as well, said, “He wanted to teach until he was done. And if I could have that kind of dedication and that kind of purpose behind anything that I do in my life ever, it would be more than enough for me.”

The former Dean has made an impact on Hartford that will never be forgotten.

Dean Flagg said in his final comments, “You can’t remember Malcolm without smiling. And remember the joy he brought to the world and to have as a model to our students and our faculty. Someone who embodies a life in the arts, a rich and full life.” 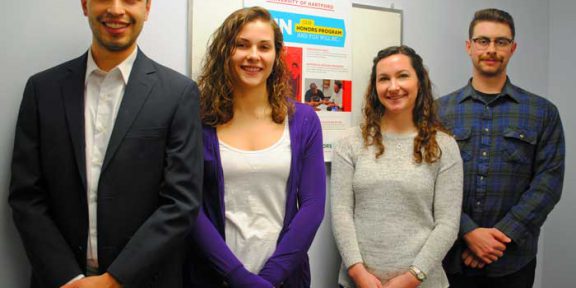 Eiko Johnson '65 and Richard Cardin '62 were awarded the first College of Arts and Sciences Board of Advisors Alumni Awards. The ceremony was held on April 21st,… 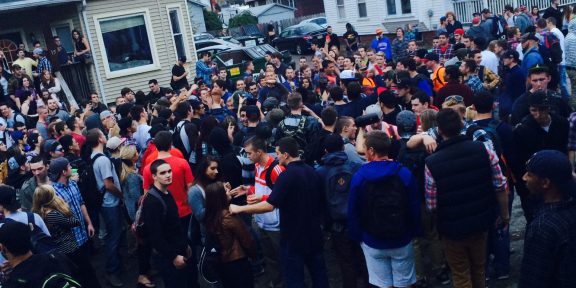 The annual Pumpkin Festival in Keene, NH ended in several injuries and dozens of arrests as students from Keene State College and surrounding schools rioted on…

Tragedy struck last year when two bombs were detonated near the finish line of the 2013 Boston Marathon, killing four and injuring hundreds. Those that died that…