This past Thursday, January 30th, The Akomawt Educational Initiative taught students about a Contemporary Native American Pow Wow. A pow wow is a social gathering of different Native American communities. Originally founded in the Midwest, they have now spread across Turtle Island. Many tribes have started to adopt the celebratory and social event because of its colorful and full of energy nature.

A modern day pow wow consist of people coming together to meet, dance, sing, socialize, and honor their different cultures. Depending on the pow wow they can be either private or open to the public. There are usually dance competitions along with traditional dances, music and different color appeal know as regalia. The winning receives prize money or other traditional currency such as leather. They would be judge on many aspects such as the color of your regalia.

“The bright colors and everything really exemplify the dynamic nature of native people because when these dances started, they would put a lot of artwork in there and originally they were natural material. Leather and other stuff like that. But as we evolved to these other material. We’ve started to get more creative.” Said Chris Newell

UIS Instructor Chris Newell of Akomawt Educational Initiative was speaking at the event and led the dancers in a traditional song and dance.  During the hour long event, three different styles of dancers were shown. Musical instruments such as flutes and drums were also present to help give students the feel of being at a traditional pow wow.

“The traditions that go into it really remunerates back to those older ceremonial traditions, so we treat a lot of what you see as regalia and even the instruments, the drums that we use as if they have a life of their own, as if they are alive.” Said Chris Newell 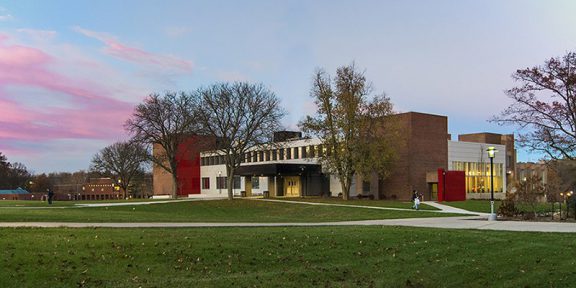