Many members of the campus community breathed a collective sigh of relief when the election results were called last Saturday afternoon. Regardless of political alignment, the nearly weeklong period of uncertainty was a heavy source of mental strain on UHart’s student body. In order to get a professional perspective, we spoke to CAPS (Counseling and Psychology Services) Director Jeffrey Burda who said “The Election and the ensuing results and politics surrounding it was just another added layer of stress to contend with and for those students who were already feeling overwhelmed”.

We took a trip to University commons Wednesday evening in order to get student opinions on the election and it’s aftermath. Although some were hesitant to speak on camera, many students jumped at the opportunity to share. SGA Clubs and Organization’s VP  Valentina Jimenez discussed election stress, and her ever-present urge to check Google’s election maps even though she knew that “othing was going to change”. Thankfully, election stress didn’t lead to much of an increase in CAPS visits, according to Burda, the topic was discussed but only among regular CAPS visitors.

For students that supported Biden, Saturday was a call for celebration. First-year student Ciara Hargrove said “I remember I was screaming, I was dancing, I was calling my mom, and to have that one moment on November 7th just felt like a celebration. Another freshman, Audrey Kawecki’s response was more subdued. She expressed relief stating I think there’s a lot to be done in our country. I’m glad that someone’s in a position that will actually do the right thing this time.

Not everyone was quite as invested as Audrey and Ciara, Third-year-student Mara Winer saw the election as more of an afterthought. She claimed that she didn’t have an opinion because it didn’t directly affect her. First-year-student Emma DeWitt was more lukewam about Biden stating “personally I would’ve preferred someone a little more progressive, but I’m glad that Donald Trump will no longer be in office”.

Most of the students that we interviewed expressed distaste in President Trump’s efforts to discredit the election results, believing that he is attempting to undermine the democratic process. SGA senator, and senior Leah French said that the president’s actions have left her “frustruated” She claims that “if it’s proven that there’s no voter fraud, he needs to just resign. 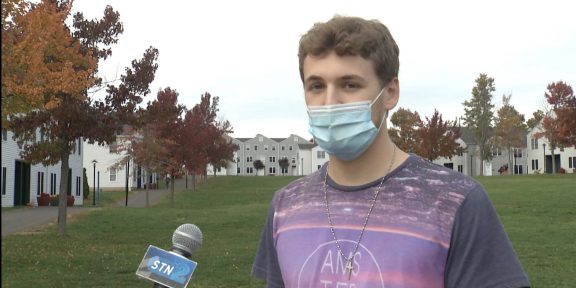 UK Prime Minister Boris Johnson has been discharged from St. Thomas Hospital after spending nearly a week fighting COVID-19 in and out of intensive care.   … 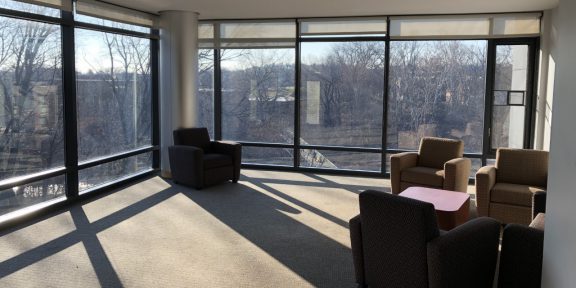 On Monday November 4th, Public Safety hosted a self defense class for students. Participants were taught useful techniques including weak point identification and…

Throughout the 2019-2020 school year,  the International Center will be hosting a series of events known as the “International Street Food Series”. Free food…